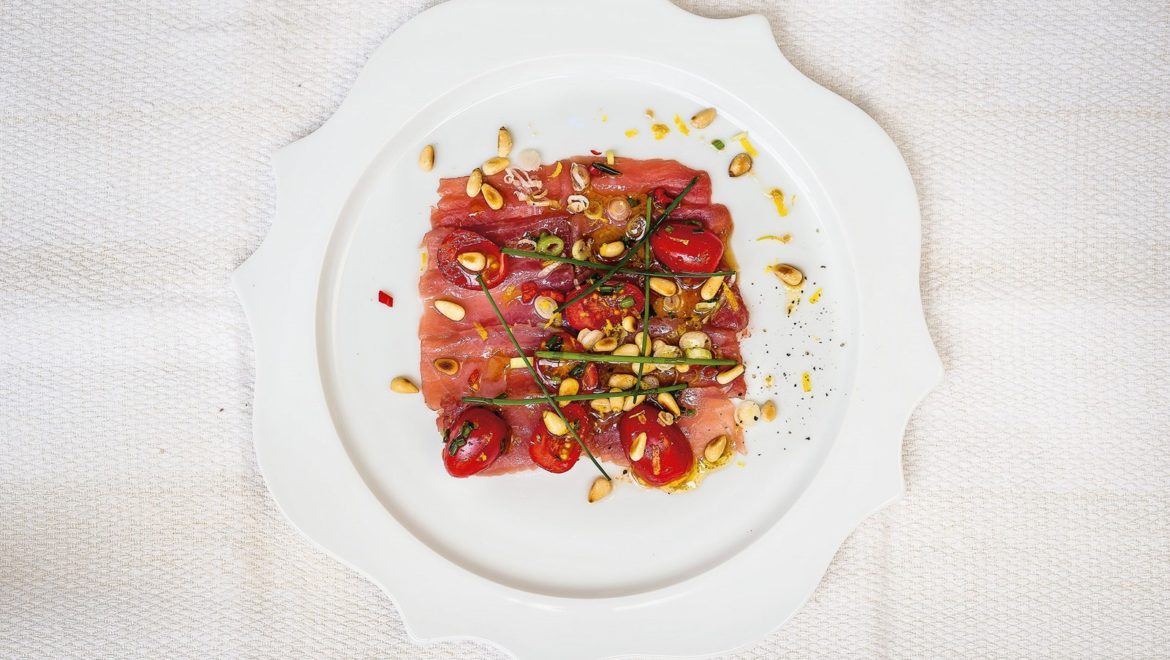 While in Capri’s Marina Grande, I met a few fishermen who were offloading nets from their boat. I spent time talking (in my broken Italian) to one fisherman in particular called Franco, who told me his diet consisted of sardines, tiny red prawns and tuna – all enjoyed simply with lemon and extra virgin olive oil. He claimed that a version of acqua pazza – a traditional southern Italian dish of poached fish in ‘crazy water’ – could be made with all three types of seafood much to the other fishermen’s disbelief: ‘No! No! Nooo!’. After much debate about this, he also declared that tuna carpaccio with lemon juice, chilli and olive oil was another ‘Franco favourite’. Here it is, with a little more Je ne sais quoi!